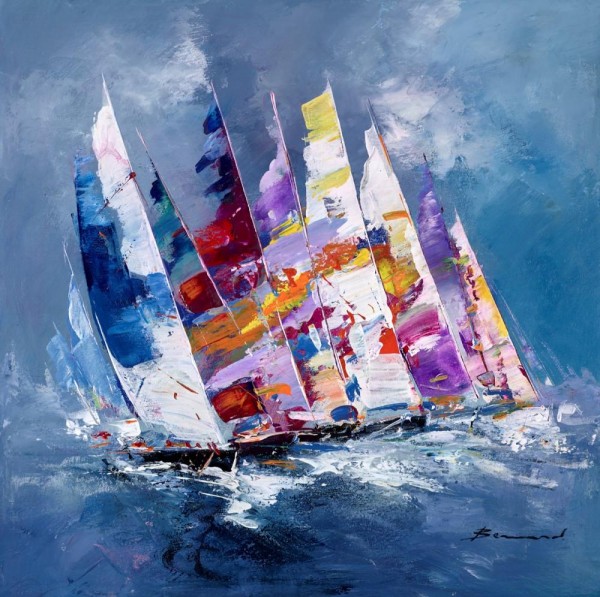 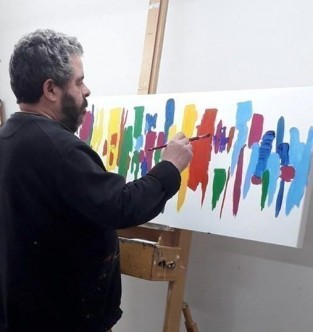 Acclaimed Spanish artist Bernard combines impressionism and abstraction to create vivid, painterly seascapes in which the illusion of form is created with colour, stroke, and texture rather than of line. In his distinctive signature style, he sets the scene with a swirling blue background of sea and sky, painted with open, spontaneous brushwork reminiscent of the early impressionists. The boats which dominate the foreground however are semi-abstract, depicted as jewel-like mosaics of ochre, magenta and the palest green and making the entire canvas resonate with light, energy and joie de vivre.. Bernard was born in Alicante in 1964. Growing up he spent much his spare time at the family studio with his father and sister, both of whom were professional artists and sailing at every opportunity. He was offered a place at the prestigious Academy of Fine Arts in Alcoi to study painting, and, influenced by his surroundings and his lifestyle, he began to specialise in seascapes.

Since then he has won a wide following in his home country and further afield. He says; I have sailed since childhood and I wanted to communicate the sheer exhilaration of racing across the sea. The feeling of the wind rushing past you, the way the sunlight and shadows create such amazing colours, the taste of the sea  the whole experience is a joyful feast for the senses and I try to convey all of these feelings in my paintings.