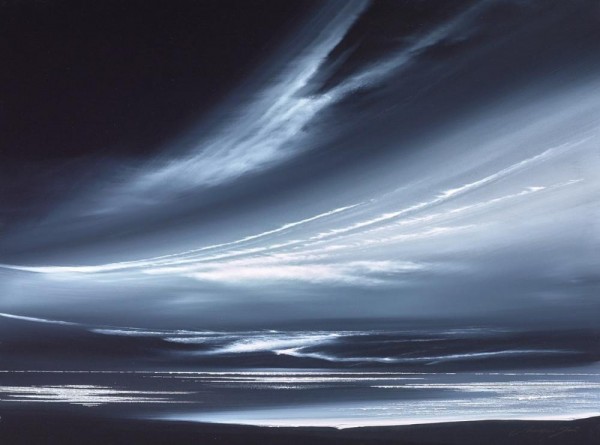 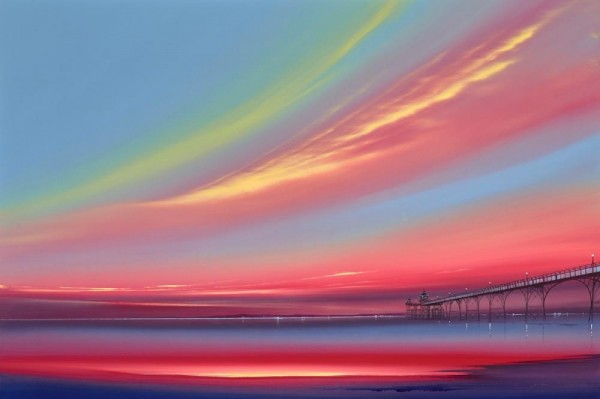 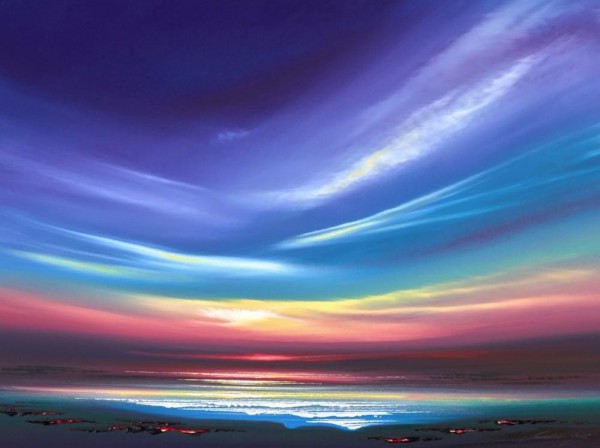 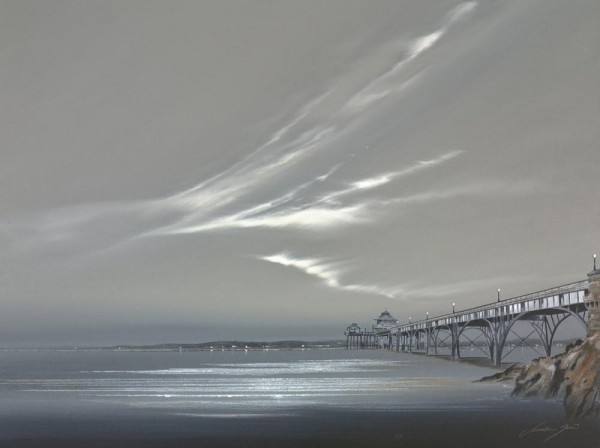 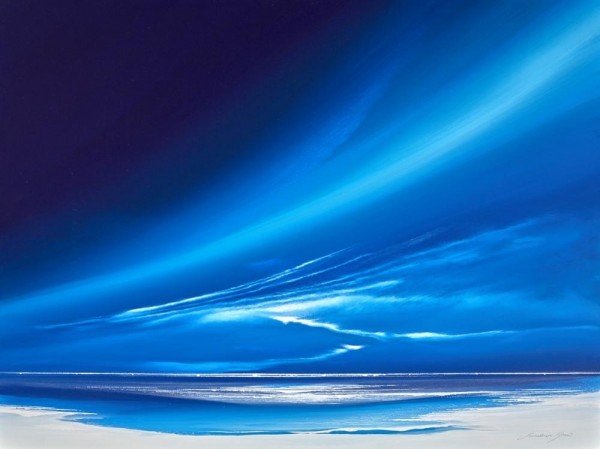 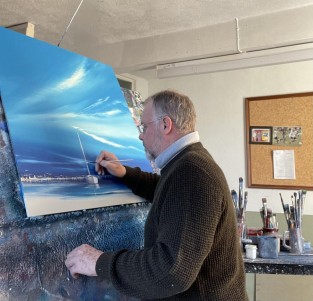 The World of Jonathan Shaw is a place of sweeping skies, vivid colours and smouldering horizons originating in the artists extensive travels. His work is dominated by an exciting spectrum of exotic shades that are not necessarily found in the natural world yet which translate seamlessly into his contemporary interpretations of the seascape.

His inspiration ranges from the vast open spaces and unique colours of the oceans to the incandescent colours of volcanic eruptions. He says: although much of what inspires me arises from a terrifying combination of elements, it is when nature appears at her most powerfully defiant that she is also at her most breathtaking and beautiful.

As a child Jonathan always loved to paint and stood in awe of his father, a professional artist. He always felt he was destined to follow in his fathers footsteps, but after leaving school found himself working in a variety of jobs, and finally finding a creative position as an interior designer. He knew that this was not the life for him however, and eventually resigned from his job to go travelling, wanting to see the world and absorb as many different cultures as he could. He funded his adventures by selling paintings as he went; paintings inspired by the sights and sounds that were presenting themselves to him along the way.

His confidence as an artist grew and he returned home to Yorkshire to embark on a highly productive period of painting. He embraced new working methods and illustrative approaches to the work that began to define who he was as an artist and where he was going in terms of genre. A more spontaneous ideal emerged and he abandoned his methodical style in favour of more free painting onto canvas and board. He found this new approach to be stimulating and exciting, and has never looked back.

Jonathan has become one of the countrys leading and most successful contemporary seascape painters of the past decade; a reputation that he continues to enjoy and build on today.

No stranger to industry and peer recognition, he has been shortlisted and nominated by the prestigious and widely-respected Fine Art Trade Guild on numerous occasions since turning professional with two nominations for best newcomer in his early days, and once he was established, two awards as the countrys best selling artist

He has been elected a Fellow of the British Society of Painters and the International Guild of Artists, and his work is now held in private collections and galleries throughout the UK, Europe and the USA.